It is so disappointing for the person of 17 and more (till 25), when they become licensed and get the right to drive, that they can hardly afford it, because insurance policy costs too much for them.

Even good swimmers drown, even experienced riders fall down from a horse – the Japanese proverb says. But insurers seem never to hear these words, because they estimate young drivers’ insurance eye-wateringly high.

It is so disappointing for the person of 17 and more (till 25), when they become licensed and get the right to drive, that they can hardly afford it, because insurance policy costs too much for them.

It seems unfair at first sight but insurance companies have their own point of view and they are ready to prove it!

Why is Car Insurance under 25 so Eye-Wateringly High?

Before we start, let’s define what driver can be considered as young by insurance companies. It is a person from 17 to 25. The highest rates get male drivers from 17 to 22. The terms for female drivers are a little better, but still they are too unprofitable. So, if your father or mother pays for her insurance policy $500 per year, don’t be surprised if you get your quotes for $2000 (per girls) and $2200 for boys. There are several reasons of this unfair rating.

But if the driver is too young, no personal information is filed. He is a dark horse for the insurer – that’s why he is risky and must be priced high!

How to get lower rates? The fact, that in 10-15 years you will lose the status of a young driver and get lower rates, becomes a cold comfort. So let’s try to know the tricks that will help you to be priced better!

How to make it Cheaper?

First of all you should understand the fact that till you are young, you will pay more, whether you want it or not. Insurance for young people is expensive, the rates are high and you have to accept it. But there are some ways to make it slightly cheaper.

If you have some older, mature driver in your policy, it will lower your rates. The fact that another, more mature person, uses this vehicle too, is a good recommendation for the insurer. It shows, that you are not the only person, who drives a car (thus you will use it not so often) and besides there’s another, mature driver, who cares about your vehicle (and it is in much better condition).

If you use this way to lower the rates, make sure, that your mother or father has mentioned the name of your vehicle in the policy, otherwise, you won’t be rated lower.

If you have a financial opportunity to pay the big amount of premiums in one time – do it. It will show the insurer, that your paying ability is high enough and that you are ready to be cautious on the road – now you have something to lose!

And the one more way to lower your rates – the shortest one – is to buy a cheap vehicle.

The Cheapest Autos for Young Drivers 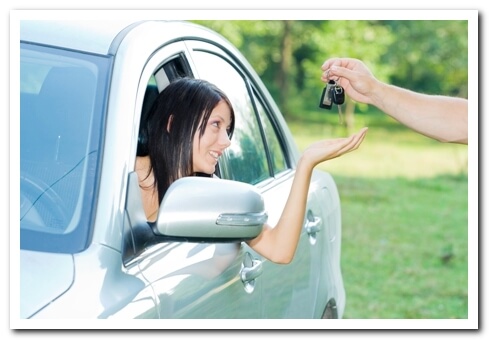 I know that you are the fan of fast sporty models and just now you see yourself sitting in a red Ferrari or Chevrolet. You will buy it later, when you start your carrier and earn your first fund. And now choose one of these cheap autos, which will be on purpose, if you don’t want to go bust, paying your insurance bills.

This car is quite big – 7 people can get there in one time. But it is the cheapest to insure, because it is extremely protected. It has 6 airbags in case of car accidents. For sure, it prevents driver from hit. Then it is equipped with electronic anti-theft system, so it is quite a difficult task for the thief to steal it. This model is a good idea for the young driver not just because it is cheap, but also because it is really suitable for his needs and some extra protection will be on purpose for a driver under 25.

I know, you don’t like it, because it is rather a family minivan, than a car for a young and independent person. But it is quite massive, so the driver won’t be hurt too much, even if he gets into a car crash. So consider buying it – and may be the company of your friends will like its cozy salon.

This one and come other Korean cars is a good choice for young ambitious drivers, who need to save some money. It is big enough not to be ruined in an accident. Besides it has not so many parts as other cars have, that must be repaired in case of a crash. So this model is highly recommended for wise money savers.

Coming up to the Conclusion 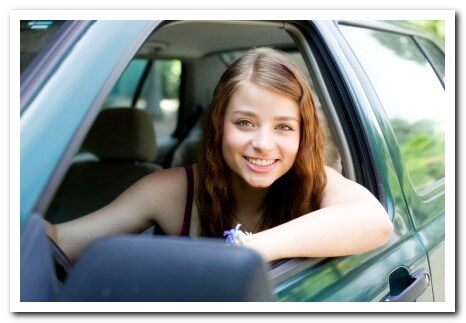 So, auto insurance for drivers under 25 is not cheap and everyone, who is of that age and nevertheless wants to go on the road, must be ready to pay more. But still there are some tricks that help to make rates lower. One of the main of them is to drive a cheap car.

If the young driver is careful on the road and makes no claims during several years, he gets the reputation of a less risky driver and can apply for lower rates!